Can Vietnam leverage its COVID-19 success for economic growth?

This article is by 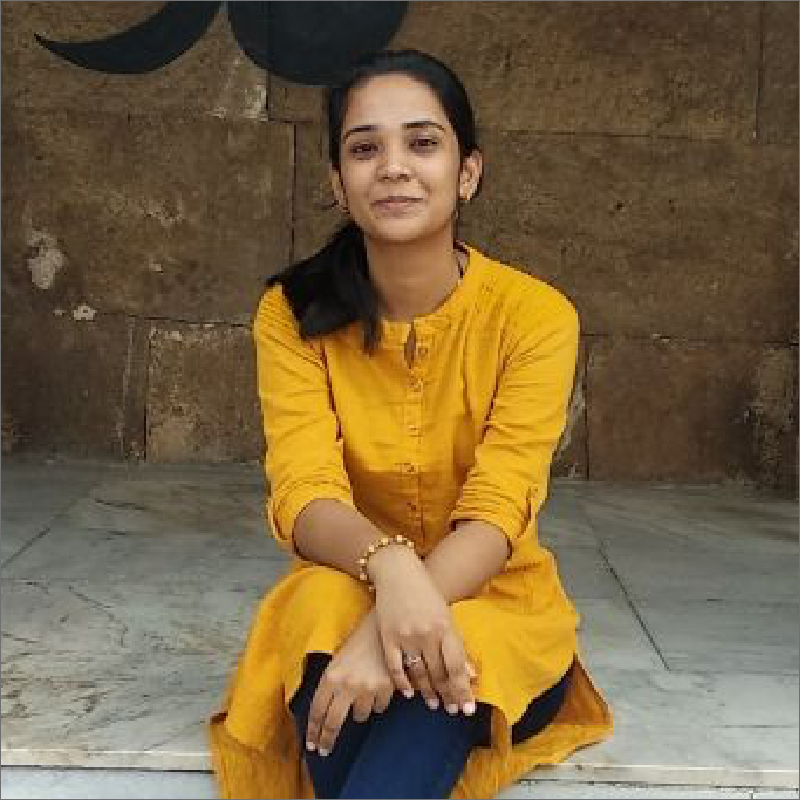 Can Vietnam leverage its COVID-19 success for economic growth? 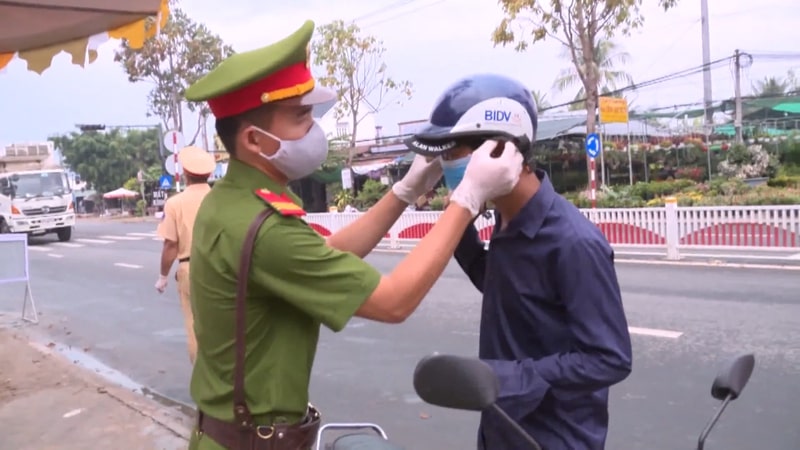 A professor at Nagasaki University’s Institute of Tropical Medicine Vietnam Research Station said that "Vietnam has no special test kits or drugs to treat the disease, but the government decided to do what it had to do at an early stage and put that plan straight into practice."

Vietnam was quick in its action. As soon as the first case was confirmed, the government had called upon measures for serious quarantine, implemented strict border control measures, and curbed unnecessary local movement. Close to a million people were isolated to halt the spread of further infections.

The strict measures helped Vietnam to quickly control the COVID situation and put the focus back on the economy. The mainstay of Vietnam's economy, garment export and tourism witnessed steep fall resulting in loss of employment to over 3.5 million people in the first half of 2020. Still Vietnam’s economy has expanded by 0.36% over last year in the same period unlike other countries in the region where it contracted as compared to last year. The annual GDP growth for Vietnam in 2020 is expected to be around 2.7% to 3% which again is the best in the region.

Vietnam , today is the safest country in the region to travel, work, or stay amidst the worldwide COVID pandemic. It is being favourably considered as an alternative destination by many companies who are looking to cut down their reliance on China in their supply chain.  The Free Trade Agreement (FTA) between the European Union and Vietnam which will be operational in August, may help Vietnam grow its exports.

Apart from export led growth, the tourism sector may also grow significantly as the other major tourist destinations in the region, Singapore and Thailand, are still battling with the pandemic, while Vietnam has successfully overcome the same.

The government is also looking to support the local business by slashing the corporate income tax to 30 percent which increased the liquidity for some sectors of economy. Special tax benefits and deferred tax payments(in some cases) are also in  line for small and medium enterprises (SMEs) which constitutes almost 97% of all the businesses in Vietnam. All these measures are expected to lead to a 7% GDP growth for Vietnam in 2021.

The miraculous recovery from the pandemic, government incentives to industry, and the willingness of many companies to relocate from China present such a perfect mix of opportunities for Vietnam to leap ahead and become the fastest-growing economies in SouthAsia. What remains is to see how fast and how effectively the country is able to act while this window of opportunity is open.

Support us to bring the world closer

To keep our content accessible we don't charge anything from our readers and rely on donations to continue working. Your support is critical in keeping Global Views 360 independent and helps us to present a well-rounded world view on different international issues for you. Every contribution, however big or small, is valuable for us to keep on delivering in future as well.

Smartphones have become the most commonplace objects in our daily lives. The unimaginable power that we hold in our hands is unrealized by most of us and, more importantly, untapped. Its creativity often gets misused but one can only hope that it’s fascinating abilities would be utilized. For example, did you know that the millions of phones around the globe can be connected to form a particle detector? The following article covers the CRAYFIS (Cosmic RAYs Found in Smartphones) phone-based application developed by the physicists from the University of California—Daniel Whiteson, Michael Mulhearn, and their team. CRAYFIS aims to take advantage of the large network of smartphones around the world and detect the cosmic or gamma rays bursts which enter the Earth’s atmosphere almost constantly.

What Are Cosmic Rays?

Cosmic rays are high velocity subatomic particles bombarding the Earth’s upper atmosphere continuously. Cosmic ray bursts have the highest energy compared to all forms of electro-magnetic radiation. When we say ultra-high energy particles (energy more than 1018^eV), we mean two million times more energetic than the ones that can be produced by the particle colliders on Earth.  These rays are thought to be more powerful than typical supernovae and can release trillions of times more energy than the Sun. They are also highly unpredictable as they can enter Earth’s atmosphere from any direction and the bursts can last for any period of time ranging from a few thousand seconds to several minutes.

Despite many theoretical hypotheses, the sources of these ultra-high energy cosmic rays are still a mystery to us even after many decades of their discovery. These rays were initially discovered in the 1960’s by the U.S. military when they were doing background checks for gamma rays after nuclear weapon testing. Cosmologists suggest that these bursts could be the result of super massive stars collapsing - leading to hypernova; or can be retraced to collisions of black holes with other black holes or neutron stars.

How Do We Detect Them?

When the high-energy particles collide with the Earth’s atmosphere, the air and the gas molecules cause them to break apart and create massive showers of relatively low-energy particles. Aurora borealis i.e., the Northern and the Southern lights are the lights that are emitted when these cosmic rays interact with the Earth’s magnetic field. Currently, these particles are hitting the Earth at a rate of about one per square meter per second. The showers get scattered to a radius of one or two kilometers consisting mostly of high-energy photons, electrons, positrons and muons. But the fact that these particles can hit the Earth anytime and anywhere is where the problem arises. Since the Earth has a massive area, it is not possible to place a detector everywhere and catch them at the exact moment.

Detecting such a shower requires a very big telescope, which logically means a network of individual particle detectors distributed over a mile or two-wide radius and connected to each other. The Pierre Auger Observatory in South America is the only such arrangement where 1,600 particle detectors have been scattered on 3,000 square kilometers of land. But the construction cost of the same was about $100 million. Yet, only a few cosmic ray particles could be detected using this arrangement. How do we spread this network around the Earth?

In addition to being cost-effective, such a setup must also be feasible. The Earth’s surface cannot possibly be dotted with particle detectors which cost huge fortunes. This is where smartphones come into the picture.

Smartphones are the most appropriate devices required to solve the problem. They have planet wide coverage, are affordable by most people and are being actively used by more than 1.5 billion users around the planet. Individually, these devices are low and inefficient; but a considerably dense network of such devices can give us a chance to detect cosmic ray showers belonging to the highest energy range.

Previous research has shown that smartphones have the capability of detecting ionizing radiation. The camera is the most sensitive part of the smartphone and is just the device required to meet our expectations. A CMOS (Complementary Metal Oxide Semiconductor) device is present in the camera- in which silicon photodiode pixels produce electron-hole pairs when struck by visible photons (when photons are detected by the CMOS device, it leaves traces of weakly activated pixels). The incoming rays are also laced with other noises and interference from the surroundings.  Although these devices are made to detect visible light, they still have the capability of detecting higher-energy photons and also low-ionizing particles such as the muons.

To avoid normal light, the CRAYFIS application is to be run during nighttime with the camera facing down. As the phone processor runs the application it collects data from its surroundings using a camera as its detector element. The megapixel images (i.e., the incoming particles) are scanned at a speed of 5 to 15 frames per second, depending on the frame-processing speed of the device. Scientists expect that signals from the cosmic rays would occur rarely, i.e., around one in 500 frames. Also, there is the job of removing background data. An algorithm was created to tune the incoming particle shower by setting a threshold frequency at around 0.1 frames per second. Frames containing pixels above the threshold are stored and passed to the second stage which examines the stored frames, saving only the pixels above a second, lower threshold.

The CRAYFIS app is designed to run when the phone is not being used and when it is connected to a power source. The actual performance would be widely affected by the geometry of the smartphone’s camera and the conditions in which the data is being collected. Further, once the application is installed and is in the operating mode, no participation is required from the user, which is required to achieve wide-scale participation. When a Wifi connection is available the collected data would be uploaded to the central server so that it could be interpreted.

There is much complicated math used to trace back the information collected from the application. The most important parameters for the app are the local density of incoming particles, the detection area of the phone and the particle identification efficiency. These parameters are used to find the mean number of candidates (photons or muons) being detected. Further, the probability that a phone will detect no candidates or the probability that a phone will detect one or more candidates is given by Poisson distribution. The density of the shower is directly proportional to the incident particle energy with a distribution in x and y sensitive to the direction in which the particle came from. An Unbinned Likelihood (it is the probability of obtaining a certain data- in this case the distribution of the cosmic rays including their energy and direction, the obtained data is arranged into bins which are very, very small) analysis is used to determine the incident particle energy and direction. To eliminate background interference, a benchmark requirement has been set that at least 5 phones must detect and register a hit to be considered as a candidate.

It is impossible to express just how mind-blowing this innovation is. As the days pass, Science and Technology around us keep on surprising us and challenge us to rack our brains for more and more unique ways to deal with complex problems. The CRAYFIS app is simply beautiful and it would be a dream-come-true to the scientists if the project works out and we are able to detect these high energy, super intimidating cosmic rays with smartphones from our backyard.

The paper by Daniel Whiteson and team can be found here.

An exciting book “We Have No Idea” by Daniel Whiteson and cartoonist Jorge Cham can be found here.

The CRAYFIS app can be found here.