Forced Uyghur labour in China: Getting the World attention now

This article is by 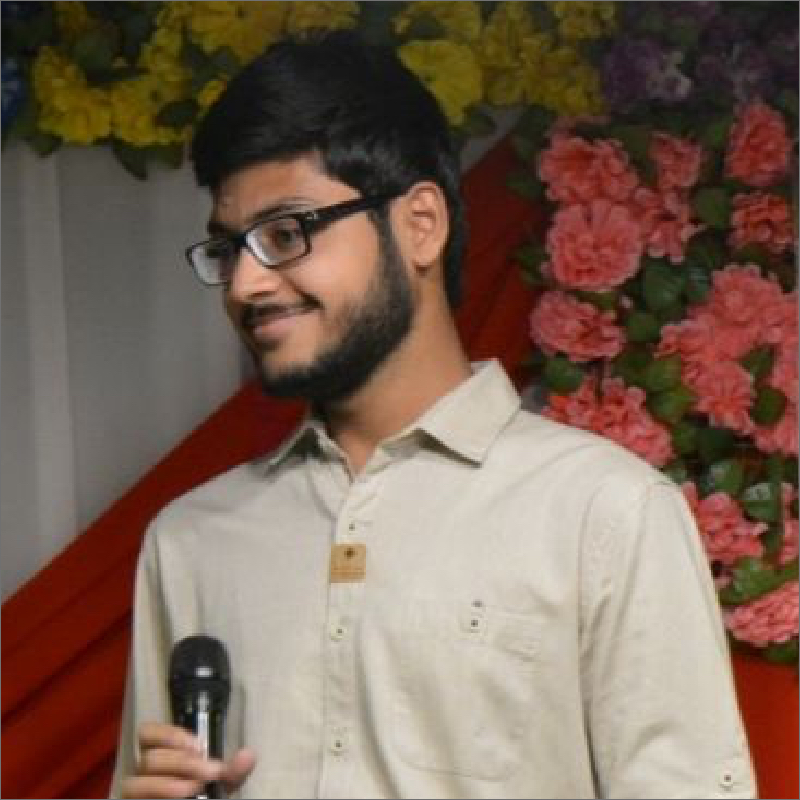 Forced Uyghur labour in China: Getting the World attention now 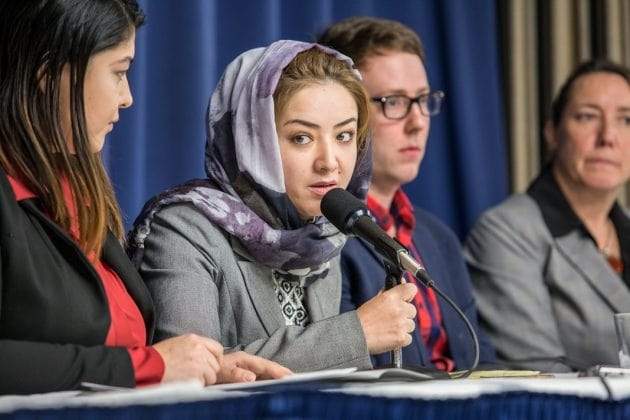 Since 2017 nearly a million ethnic minorities, mostly Uyghur Muslims from the far Western region of the Xinjiang province of China, have been put in  detention centres. The detainees in these camps are forced to renounce their faith and, in some instances, have been subjected to torture.

The Chinese government has termed the program as a combat against “religious extremism” even as it detains members of ethnic minorities from the region and sends them to the so-called “re-education camps”. The experts however believe that these people have been thrust into a systematic program of cultural genocide.

This campaign now appears to be proceeding towards a new direction wherein the Uyghur detainees are being shipped across the country for forced labour in factories.

As per the government officials, these “trainees” have all “graduated” and are being given employment in the form of factory labour to lead a better life. While China has made this their sole criteria to defend the program, there is mounting evidence that suggests that the Uyghurs are being subjected to forced labour and are not allowed to visit their families in Xinjiang.

According to a report by the Australian Strategic Policy Institute, the Uyghurs have been moved under a labour scheme known as Xinjiang aid to factories across the country straight from the detention centers. Many of these factories are a part of the supply chain network for well-renowned brands such as Apple, Nike, and Dell.

At the factories the workers are forced to live in separate rooms and are required to take Mandarin lessons under heavy surveillance. They are not allowed to leave their jobs and go back to their families in Xinjiang either.

John Oliver, host of popular US TV show “Last Week Tonight” recently aired an episode wherein he talked about the Uyghurs. “If this is the first time that you’re hearing about an estimated million people who’ve been held in detention camps – mostly Uighurs but also Kazakhs and other ethnic minorities – you are not alone. And it’s probably because China has done its level best to keep this story from getting out,” says Oliver.

John Oliver further said, “While there is clearly nothing new about horrific practices being hidden deep within the supply chain of global capitalism, what is happening to the Uighurs is particularly appalling”.

Despite China’s attempts at keeping the entire crackdown private, more and more horrifying details have come out in the open about the atrocities meted out to the Uyghurs via testimonies from former detainees.

This has led to an increased pressure on China as well as the big brands utilizing the Chinese supply chain network, to cut ties with factories where human rights are being violated under this Uyghur crackdown.

The US has restricted 11 Chinese companies from buying American goods due to claims of them being linked to the Xinjiang region. A coalition of over 180 organizations also called out dozens of clothing brands and retailers for links to the Xinjiang crackdown and forced Uyghur labour.

While some companies like PVH, the owner of brands like Calvin Klein and Tommy Hilfiger are working on reducing their presence in the Xinjiang region’s supply chain network others like Big W, a discount department store chain operated by Australia's Woolworths group acknowledged that some of their products might be unintentionally coming from the regions of Xinjiang province.

Companies like Nike, Puma, and Adidas have however continued to deny allegations of links to factories with forced Uyghur labour completely. In their statement Nike said, "We have confirmed with our contract suppliers that they are not using textiles or spun yarn from the region."

With the increasing spotlight on the Chinese government’s repressive activities,  international pressure is increasing on the business groups which depend on China for supply change, to come clean on any link of their vendors with Uyghur forced labour. There might be some hope, even if very little, for the plight of the Chinese Uyghurs after all.

Support us to bring the world closer

To keep our content accessible we don't charge anything from our readers and rely on donations to continue working. Your support is critical in keeping Global Views 360 independent and helps us to present a well-rounded world view on different international issues for you. Every contribution, however big or small, is valuable for us to keep on delivering in future as well.

Iran, Turkey, Qatar Alliance: Will this mark a shift in MENA's Balance of power?

Qatar, Iran and Turkey have been forming an alliance—which impacts several countries—especially in the MENA (Middle East and North Africa) region. The move comes after Israel recently established its diplomatic relations with four Arab league countries, namely, United Arab Emirates (UAE), Bahrain, Morocco and Sudan. The article covers how this move can have an impact on the balance of power in the region.

Support for the Palestinian Cause

The three countries are critical of the Israel-Arab ties and support the Palestinian cause. Various Palestinian factions, including Hamas and Fatah as well, are shoring up ties with Turkey and other countries in the region that stand against normalization with Israel.

During his speech in the 75th United Nations General Assembly, Erdogan called out on Israel and proclaimed, “The occupation of Palestine is a bleeding wound.”

Since the Gaza attack, which killed 10 Turkish social activists aboard a ship by the Israeli commandos in international waters, the relationship between the two has only soured. After this incident, Turkey recalled its ambassador from Israel, downgrading the diplomatic status. Yet in 2016—after a few meetings—the relationship was restored. However, after another attack in Gaza in 2018, Turkey called back its ambassadors again and expelled the Israeli ambassador to Turkey. Since then they do not have full diplomatic status.

Following the attacks Erdogan—the president of Turkey—even called Israeli PM Benjamin Netanyahu “a terrorist.” The country has been openly supportive of the Palestinian cause, and has also sent aid for humanitarian relief to the Palestinians. Several Hamas leaders have been visiting, taking refuge, and even meeting with Erdogan.

On August 22, 2020, Hamas leader Ismail Haniyeh met Erdogan in Istanbul. Jibril Rajoub, secretary of Fatah’s Central Committee, as well arrived in Turkey on September 21, 2020 to meet with Haniyeh and his deputy Saleh al-Arouri and discuss ways to end the internal Palestinian division.

On the same day, Palestinian President Mahmoud Abbas phoned Erdogan and thanked him for his support for the Palestinian cause. The two have shared several calls since—discussing political developments and US pressure on the region to normalize ties with Israel and ways to face such pressure.

This diplomatic conflict is also known as the Second Arab Cold War (the first one being the Iran-Saudi Arabia Cold War). There is an ongoing struggle between the two countries to gain influence in the Gulf. Their relations strained especially after the emergence of Arab Spring. During that time, Qatar became in favour of the revolutionary wave, whereas Saudi Arabia was against it. Both the States are allies of the United States, but have a tussle in their ideologies. Both have avoided direct conflict with each other.

There are other issues between them which leads to further tussle-

3. Qatar also allegedly supported Muslim Brotherhood in the past. Which it denies.

The Qatar diplomatic crisis became worse in 2017. Saudi Arabia, the UAE, Bahrain and Egypt severed diplomatic relations and trade ties with Doha, and imposed a sea, land and air blockade on Qatar, claiming it supported “terrorism” and was too close to Iran. Yemen, the Maldives and Libya's eastern-based government also followed later. Qatar rejected the claims and said there was “no legitimate justification” for the severance of the relations.

How does this new alliance affect the other countries in the region?

The new alliance seems to lead into formations of two alliance groups or blocs in the region, with some countries siding with Iran, Qatar and Turkey and others with the Saudis and their allies. Another point to keep in mind is that Saudi Arabia is supported by the US, while two countries from the former alliance—Turkey and Iran—are supported by Russia. This will lead to further division among the Middle Eastern countries.

This alliance can also affect the trade among these countries, and can severe the ties of many Middle Eastern countries. The biggest beneficiary is going to be Israel, which doesn’t have good relations with most of the Muslim world, except the ones which established diplomatic ties recently by signing the Abraham Accords.

In North Africa countries like Egypt and Morocco recognise Israel. However, most of the North African countries also supported the Arab Springs, which is against the ideas of Saudi Arabia. The Islamic holy land seriously seems to have less Arab allies when it comes to opposing the Arab Springs.

In fact, there can be impacts on trade and diplomatic ties with other countries outside the Middle East and North African region as well. Countries will have to balance their relations with both these groups.

How does it affect the Balance of power in the region?

There has been a Cold War situation between Iran and Saudi Arabia as they are very (perhaps most) influential powers in the region. But Saudi Arabia is still more influential as a business as well as a soft power—it has a richer economy, oil exports, and most importantly, being the holy land where every Muslim comes for Hajj pilgrimage—it has Mecca and Medina. It is the land where the Prophet Muhammad first delivered his messages and teachings. Iran may try to compete in the economic part, but isn't equally as challenging in the religious part—although it is an important country for the Shia Muslims.

There have been arms embargo on Iran by the UN for arms race. Russia and China have been eager to supply Iran with advanced jets, tanks and missiles, which is quite alarming for its Gulf Arab neighbours, especially its primary adversaries like Saudi Arabia and the UAE.

On 14 September 2019, drones were used to attack the state-owned Saudi Aramco oil processing facilities at Abqaiq and Khurais in eastern Saudi Arabia. The Houthi movement in Yemen claimed responsibility, joining it to events surrounding the Saudi Arabian intervention in the Yemeni Civil War and stating that they used ten drones in the attack from Yemen. Saudi Arabian officials said that many more drones and cruise missiles were used for the attack and these originated from the north and east, and that they were of Iranian manufacture. The United States and Saudi Arabia have stated that Iran was behind the attack while France, Germany, and the United Kingdom jointly stated Iran bears responsibility for it. Iran has denied any involvement. The situation has only exacerbated the Persian Gulf crisis.

By forming this new alliance, supporting the Palestinian cause—with Qatar—even supporting the idea of Arab Springs; the Iran-Turkey-Qatar alliance has a new power with them. What remains to be seen is the other Middle Eastern country’s decision—whether they support this new alliance and the Palestinian cause or go for yet another fragile “peace-building” initiative in the already disturbed region.